December 22, 2021Happy Holidays from Masterprint!More >
October 6, 2021Cross-country running, walking in brilliant weather and a lot of smiling people - this was Cross Tihany this yearMore >

February 25, 2021A new logo and a more modern look at MasterprintMore >

November 30, 2020We have added a new member to our family of pharmaceutical serialisation modulesMore >

October 8, 2020Post-placement of information at the bottom and top of the product - freedom in labellingMore >

July 23, 2020When labels are replaced by markings - a more economical and convenient solution for cartons arisesMore >

January 17, 2020A guarantee of quality in the food industry as well — Masterprint at SIRHA 2020More >

December 17, 2019Unique product tracking took all - serial number coding (serialization) was the protagonist of the yearMore >

December 10, 2019Unique Product Identification is the future — Report on the Open Day experienceMore >

September 27, 2019The Masterprint logo has become a registered EU trademarkMore >

July 29, 2019Images of extreme color, printing in extreme situations. This is what Limitronic printers distributed by Masterprint Kft. can offer.More >

July 10, 2019Meeting the requirements of the future – new printers from ANSERMore > 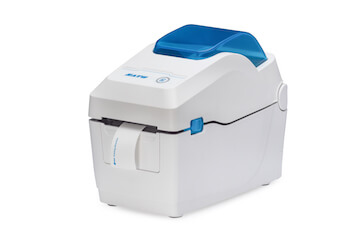 SATO established by Yo Sato in 1940 in Japan originally developed, manufactured and distributed machines for processing bamboo and other types of palm-trees, later packaging machines. In 1962 Yo Sato developed a manual labeling device and mass-production was launched in 1964. Over the following years the company became a pioneer entering new markets, due to the manual labeling device the company designed itself.

In the period from the 1980s to today SATO was active in the development, production and distribution of different labelers and thermo-transfer printers. Furthermore, in 2003 they developed the first RFID printer ever manufactured in Japan. Nowadays, in cooperation with other multinational companies SATO is also a committed campaigner of other devices based on RFID technology, e.g. automatic product recognition systems.

For the greatest industrial usage